The Woodlands-based Anadako Petroleum Corp.  (NYSE: APC) officially terminated its previously announced acquisition deal with Chevron (NYSE: CVX) on May 9, the same day that the California-based energy giant bowed out of a bidding war over the company.

Houston-based Occidental Petroleum Corp.  (NYSE: OXY) came out on top in that fight. The companies also announced May 9 that they have entered into a definitive merger agreement for Occidental to acquire Anadarok.

Anadarko paid a $1 billion breakup fee to cancel the Chevron deal, as expected. Glenn Vangolen, Occidental’s senior vice president of business support, will lead the integration of the two companies with a team including representatives from both, according to a May 9 press release from Occidental.

As previously announced, Anadarko shareholders will receive $59 in cash and 0.2934 of a share of OXY per share of APC. When Occidental sent that offer to Anadarko on May 5, it was valued at $76 per share. The equity purchase price of the offer was valued at $38 billion, and the deal’s total transaction value is $57 billion, including the assumption of Anadarko’s debt.

Occidental’s prior offer on April 24 also was valued at $76 per share. However, the finalized deal is for 78 percent cash and 22 percent stock, whereas the proposal announced on April 24 was a 50-50 split. When the deal for Chevron to acquire Anadarko was first announced on April 12, it was valued at $65 per share, consisting of 25 percent cash and 75 percent stock. That deal had an enterprise value of $50 billion. Based on Chevron’s stock price, the deal’s value was down to $61.62 per share as of May 3.

Additionally, Occidental’s finalized offer does not require approval by the company’s shareholders, but it does require Anadarko shareholders to approve it. Occidental has obtained committed financing for the entire cash portion of the aggregate transaction. The deal is supported by a $10 billion commitment from billionaire Warren Buffet’s Berkshire Hathaway Inc. (NYSE: BRK.A, BRK.B) and an agreement from Paris-based Total SA (NYSE: TOT) to buy $8.8 billion in assets. The Total deal represents a major portion of the $10 billion to $15 billion in divestitures that Occidental plans to make over the next 12 to 24 months. Occidental expects it could close the Anadarko deal in the second half of 2019 and that the acquisition would create $2 billion of annual cost synergies and $1.5 billion of annual capital reductions.

“We are pleased to have reached an agreement with Occidental that delivers significant, near-term value to our shareholders,” Al Walker, chairman and CEO of Anadarko, said in the company’s May 9 press release. “Anadarko’s employees have strategically assembled a premier portfolio of world-class assets, and this transaction would not have been possible without our board’s leadership over the past several months. We are proud of the substantial premium we have delivered to our shareholders and look forward to working with Occidental to ensure a smooth transition.” 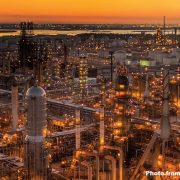