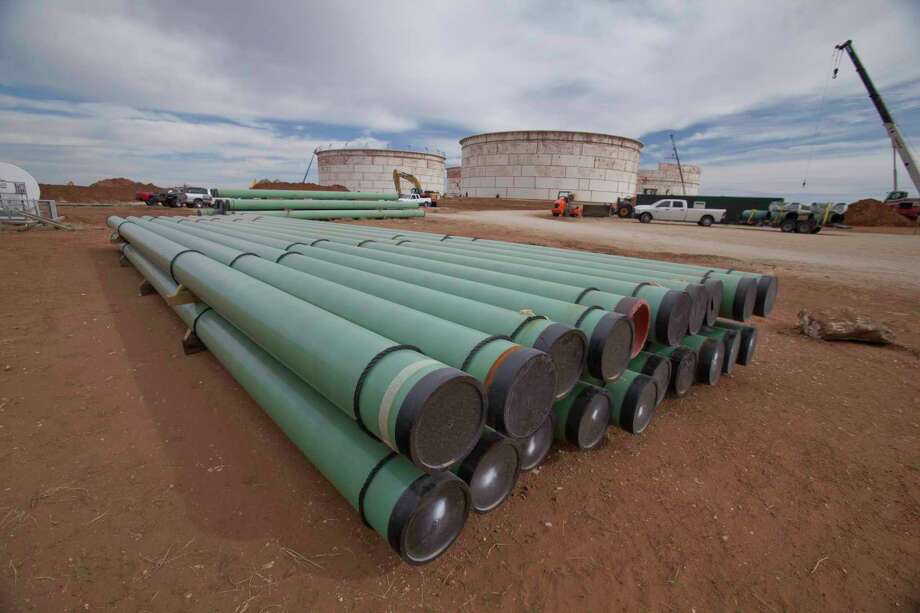 The BridgeTex Pipeline was completed in 2014 and terminates in east Houston. The pipeline, owned by Magellan Midstream and Plains All American Pipeline, carries Permian Basin crude oil from Colorado City to Houston.

Houston oil producers Apache Corp. and Noble Energy have signed on as the primary customers for the massive EPIC Crude Oil Pipeline that will traverse Texas from the booming Permian Basin near the New Mexico border to Corpus Christi.

The 730-mile pipeline is slated to be built by San Antonio-based EPIC Midstream Holdings as one of the biggest of a bevy of major pipeline projects underway to carry oil, gas and natural gas liquids from the Permian to port and refining hubs near Corpus Christi and Houston.

EPIC Midstream is financially backed by the Ares Management private equity group. EPIC also is building a similar, natural gas liquids pipeline adjacent to the crude oil project. BP is signed on as the anchor customer for the NGL pipeline.

Apache and Noble have committed to use 30 percent of the EPIC oil pipeline’s planned capacity of 590,000 barrels a day. The pipeline is slated to come online by the end of 2019 to help relieve the bottleneck that’s building in the Permian with rising crude production and not enough pipeline capacity to move it out of West Texas.

How will the UK conduct its trade after Brexit? Its Government has said it wants to leave the European customs union, but faces mounting pressure both from the opposition and from within its own party to stay inside. A Customs union is a type of Free Trade Agreement, which sees the removal of tariffs between members, and the imposition of a common, centrally-negotiated tariff against non-member countries. States don’t have to belong to the EU to opt into the customs union. Andorra, San Marino and Turkey have all chosen this path, and Gurnsey, Jersey, the Isle of Man and Monaco have signed treaties that place them inside the union, too. British sceptics have cast doubt over the benefits enjoyed by Turkey in this arrangement, claiming they have to accept EU trading rules without having any say in them. The advantages include increased trade between members. For less wealthy countries, such as Bulgaria, this also puts collective European muscle on their side of the negotiating table. For some industries, such as car manufacturing, it removes the complications of components which sometimes cross borders multiple times. However, countries within the union aren’t free to negotiate their own deals with non-member countries, such as China, a constraint that frustrates UK Brexiteers, and which was one of the main reasons for the country voting to leave the EU in the first place.

The deals give Noble the option to purchase a 30 percent stake in the oil pipeline, while Apache can choose to buy up to a 15 percent interest. Noble also could acquire 15 percent of the NGL pipeline.

The EPIC news comes after some of the other competing projects were sidelines or authorized.

On the other hand, Houston’s Phillips 66 said it is moving forward with its planned Gray Oak Pipeline to carry crude from West Texas to Corpus Christi, Sweeny and Freeport..